Serving People All Across North Georgia -

About the Purchase of Their Homes 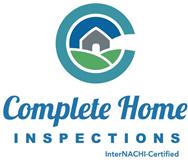 "I Answer My Own Phone"

I was born in Washington DC and my father was an electrical engineer and then changed jobs to become a lawyer.

Through his electrical engineering and technical skills in wood working I gained a lot of experience and knowledge at a verly age.  He was a good and thorough teacher.

When I was 7 years old I was able to re-wire a table lamp.

My family and I moved to Georgia when I was in high school.

I will never forget my amazement when I was in high school walking through some of the homes that were being built in Dunwoody and Sandy Springs. I was amazed at the framing and construction processes this is where my real love for wood and building started.

After school I went to work for Herman Miller Incorporated.  Over time, I became one of the operations managers in charge of assembly, manufacturing, some engineering and the maintenance departments. During this time I had over 350 employees with 7 supervisors that reported directly to me.

After working for 26 years with Herman Miller they decided to close the site in Canton move the operations back to the Home Office in Michigan. I chose not to go.

During my time at Herman Miller I also spent a lot of time doing remodeling work, grading, landscape and electrical work.

When I left Herman Miller I was not sure what I wanted to do.  I was considering remodeling as a business.

Then in 2002 I was led to the area of home inspections.

I research home inspections, the many different membership groups that were involved and decided to go to school that was sponsored by ASHI, the American Association of Home Inspectors.

After I graduated from ASHI school, in 2003, I started Complete Home Inspections.

My business has grown from a little under 100 inspection in my first year to 2-300+ inspections now.

I used to say "I have seen it All" but discontinued this 5 years ago when I realized I have not.

I have been married since 1983, have 2 daughters and 2 Grand Daughters, and a great son-in-law.

My wife always tell me "To inspect the home as if it was for one of my Daughters or Grand Daughters"!!!